MCM Sachwertkonzepte AG & Co. KG realises a unique project by renovating and restoring the stretch between Helmstedter Strasse 2-6 and Braunschweiger Strasse 13: The redevelopment of a neighbourhood that makes the south of Magdeburg shine in new splendour. 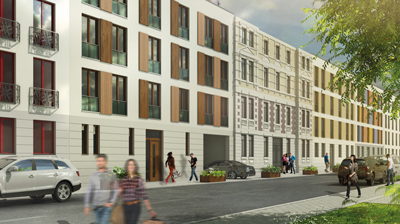 The heritage-oriented restoration of the multi-family building on Helmstedter Strasse 3 began in October 2015 with the launch of an impressive project - revitalising the Wilhelminian-style street in the Magdeburg’s district of Sudenburg.

The Sudenburg district, bordering the southern part of the inner city, is increasingly becoming one of the most popular districts of the state capital. Its varied residential architecture, diverse cultural and gastronomic scene, excellent infrastructure as well as city proximity and nevertheless quiet location impresses tenants and investors alike. 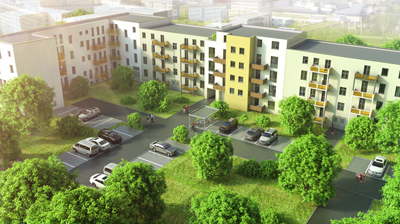 In the midst of this flourishing district, in the formally designated redevelopment area of Sudenburg-Nord, a high-quality residential neighbourhood is now being built. The attractive Wilhelminian-style buildings along Helmstedter Strasse and Braunschweiger Strasse are particularly worthy of preservation and are being extensively restored. Eight to twelve residential units are being built in the Helmstedter Strasse 2, 3 and 6 properties as well as at Braunschweiger Strasse 13.

MCM Sachwertkonzepte AG & Co. KG plans to complete the street’s revitalisation with its restoration of the Helmstedter Strasse 4 + 5 buildings. The modern architecture of the future multi-family building harmoniously integrates into the charm of the Wilhelminan-style buildings. Eight residential units between 77 and 115 m² will be built here - as with all the planned units, including underfloor heating, parquet floor and parking spaces for tenants.